Why is Claw Crane Machine popular?

While taking advantage of the spring breeze of mobile payment, the quality of dolls is constantly improving. In the past, the claw crane machine, which used to be a "small supporting role" in the video game city, has now begun to gradually renew its vitality in the mobile Internet environment. A new traffic entry. 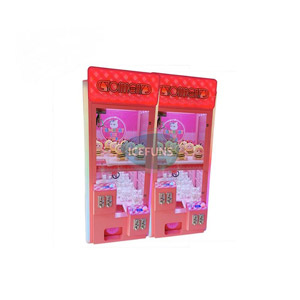 So why is Claw Crane Machine a successful tool for fragmentation time?

The market scale has steadily increased, and the charm of dolls cannot be underestimated.

Since the 1980s, the claw crane machine was officially born in Japan. Due to its good entertainment, easy operation and low consumption threshold, it has gradually become a recreational activity for people.

The claw crane machine industry has developed to the present day, and the data shows that the market has formed a market scale of more than 60 billion yuan per year, and the market space is very huge. According to statistics from the China Industrial Research Institute, the production of the Crane Game Machine in 2012 was 21.11 million units, and it increased to 316,400 units in 2016, an increase of 7.97% compared with 2015. It is expected that the output of the claw crane machine will exceed 370,000 units.

With such market size and development potential, it is not difficult to understand why more and more claw crane machine players are coming. Many offline, cinemas, commercial complexes, subway stations, playgrounds, theme parks, doll machines can be seen everywhere, as long as you have free time, you can grab a hand at any time. On the line, there are endless apps for all kinds of online catching dolls. The average number of APP downloads is tens of thousands, and the popularity of hundreds of thousands of downloads makes people sigh the charm of these dolls.

The net red body is finished, why is the claw crane machine?

In fact, catching a doll seems to be a very simple mass game, but the usual business path behind it is worthy of recollection and research.

Someone who has tried to catch a doll on the claw crane machine is sure to love and hate. The love is that the glass cabinet is full of dolls that you like, and you like the satisfaction of trying to grasp the "prey" by yourself. The hate is the feeling of powerlessness that you can't get caught in life and death.

When you want to use 20 yuan to catch a doll's original intention, in the trial of repeated trials, repeated defeats and repeated trials, when you invest a few 20 dollars, you will be "I will give up "The feeling is full."

Young people today prefer to get the doll they want by way of the claw crane machine. Moreover, these consumer groups are generally in groups of three or five, or small couples appear in pairs. You want to successfully catch the doll in front of your friends. This sense of accomplishment is incomparable to buying one directly. This part of the consumer group, both the demand for entertainment consumption and the ability to consume expenditure, seeing novelty, have the urge to try to catch a strange, easy to produce consumption. In addition, when you have gone through a lot of hardships and finally caught your favorite doll, you can't take a photo of a friend circle? Don't spit out the heart of the doll or show your skill in catching the doll?

We are China Arcade Game Machine Manufacturers, welcome to come to us.

Previous: Do you know the operating skills of Toy Claw Crane Machine?

Next: Brazilian customers are shipping 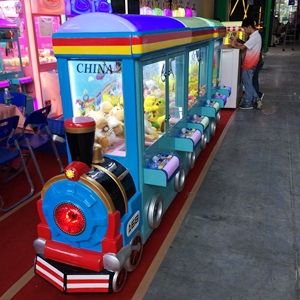 there are many similar claw vending machines in the market, if you are looking for the best claw machine for kids, pleas...